Types of Roof Styles: 14 Eye Catching Designs for Your Home

Types of Roof Styles: 14 Eye Catching Designs for Your Home

Sometimes it can feel like roofing has a language of its own. The types of roof styles play an important role in the materials, cost, repairs, and maintenance it may require. There are dozens of roofing styles, and every home is unique.

These 14 styles represent the most common roofing shapes you’ll find across the country. Some homes may have a combination of styles or custom architecture that is uniquely its own.

Gable roofs are also known as peaked or pitched roofs. Chances are, the first house you drew with a box of crayons was a gable roof. They are the standard vertical triangle or inverted “V” shape when the roof’s two pitched portions meet.

Gable roofs are common types of roof styles preferred by many homeowners because they’re cheaper and easier to build. They enhance attic ventilation and shed water and snow well. Gable roof slopes can vary from a gentle grade to steep chalet-style designs.

There are various types of gable roofs:

These roofs are also called bullnose roofs. Clipped gable types of roof styles have two sides rising to meet a ridge, but their top peaks are “bent in” which creates small hips at the ends of the roof ridge. 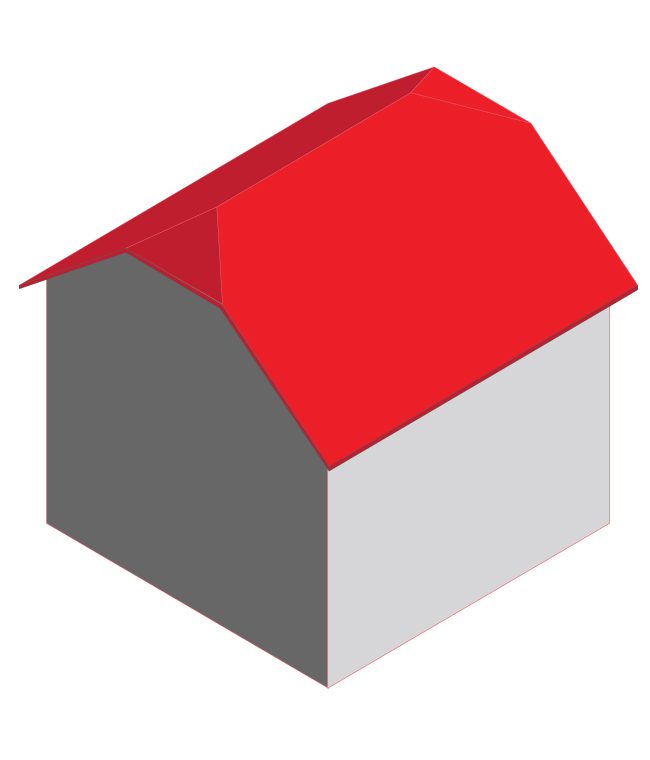 The Dutch gable is a hybrid roof that combines gable and hip roof styles for a more unique design. It features a “gablet,” a full or miniature gable roof, perched atop the end of a traditional hip roof ridge. This structure offers more durability and strength, increasing the roofing system’s weather resistance and more spacious internal roof space. 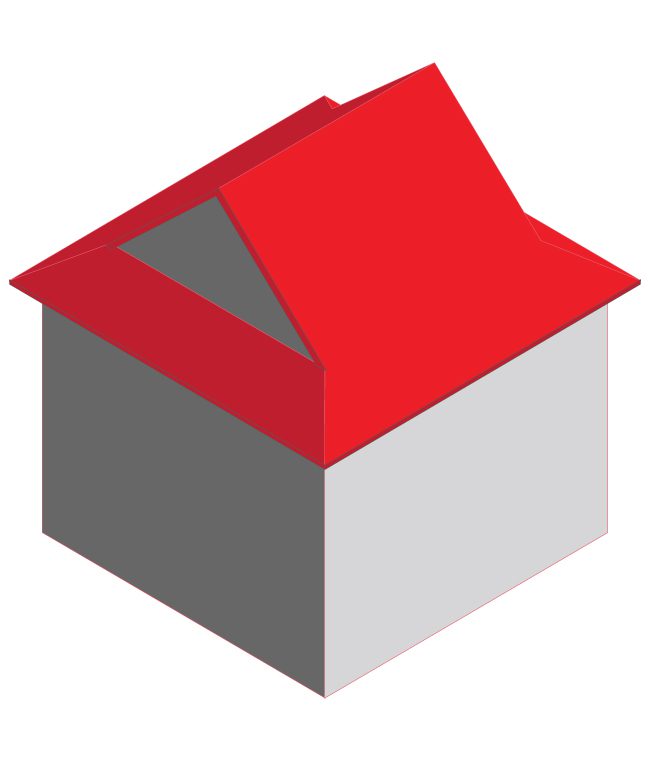 Box gable roofs are similar to regular gable roofs, except they have a triangular extension on either side closed off at the end. This gives them a more pronounced triangular shape and a stable design that handles rain and snow well. These features make it a popular roof in areas with cold weather conditions. 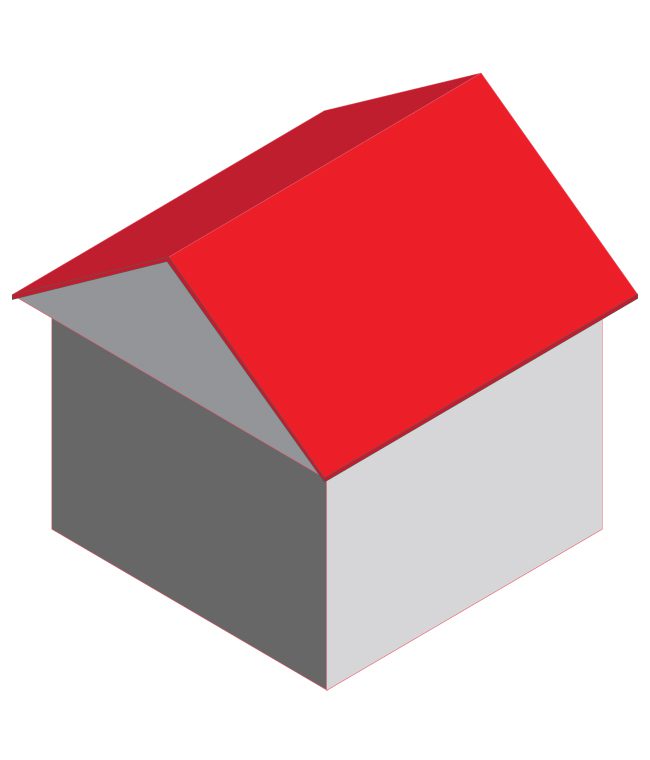 A cross-gable roof design consists of two or more gable roof ridges intersecting at a right angle. It’s a popular roof in homes with a more complex layout, such as homes with an attached garage. 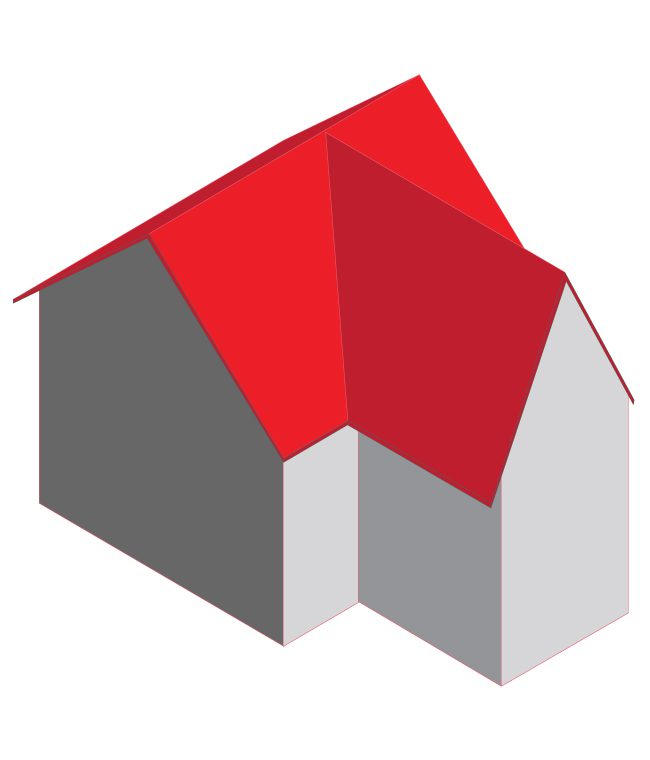 Front gable roofs are a common roofing style on Colonial-style homes. The roof ridge is usually aligned with the building’s entrance. 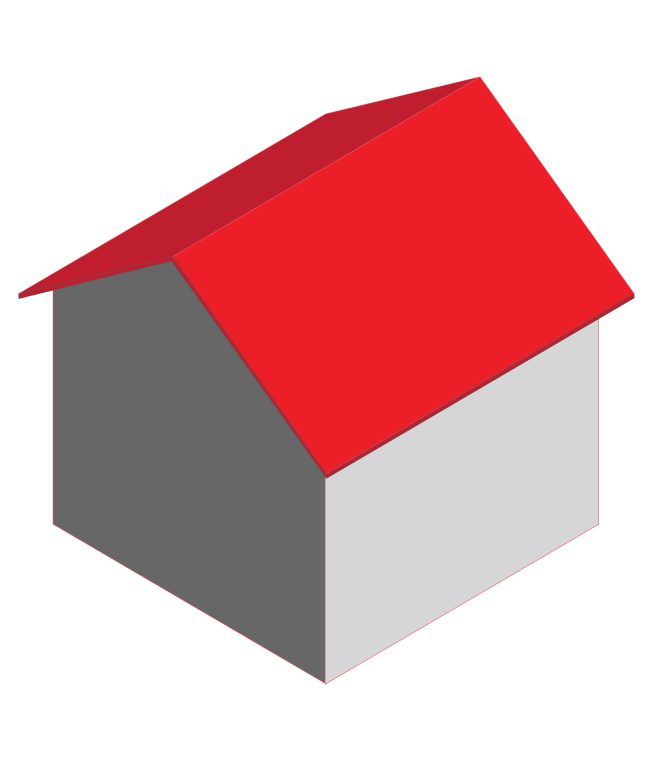 A bonnet roof is also known as a “kicked eaves” roof. Two of the four sides have a gentle lower slope, while the other two have a steep upper slope. This creates an extending ledge around the roof’s base, visible as a porch. Bonnet types of roof styles were common in the 1700s, so modern homeowners may consider them outdated. 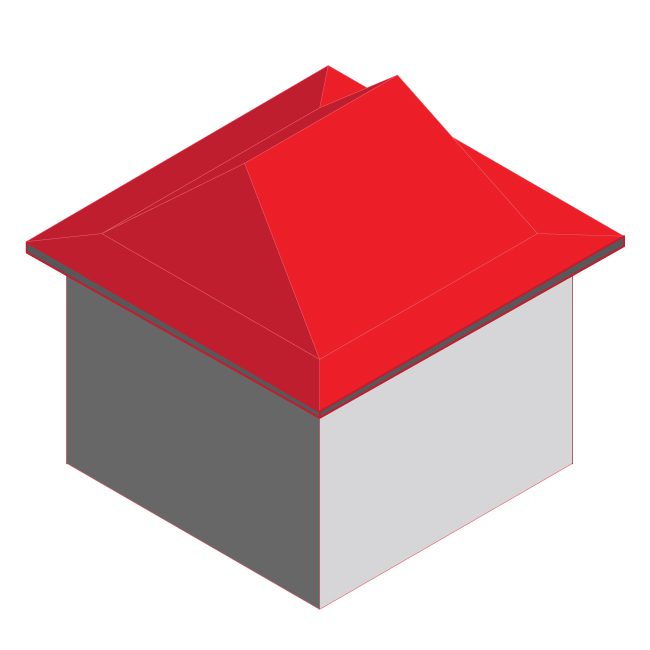 The V-shape of a butterfly roof resembles a butterfly’s wings in flight with two tandem roofing pieces sloping inward to meet midway and angled upwards. It’s modern looking and eye-catching but boasts a few practical benefits. Butterfly roofs provide buildings with tall ceilings on two sides often used for large floor-to-ceiling windows. They are also perfect for homes in desert climates or dry areas because the roof’s central valley can easily harvest rainwater. 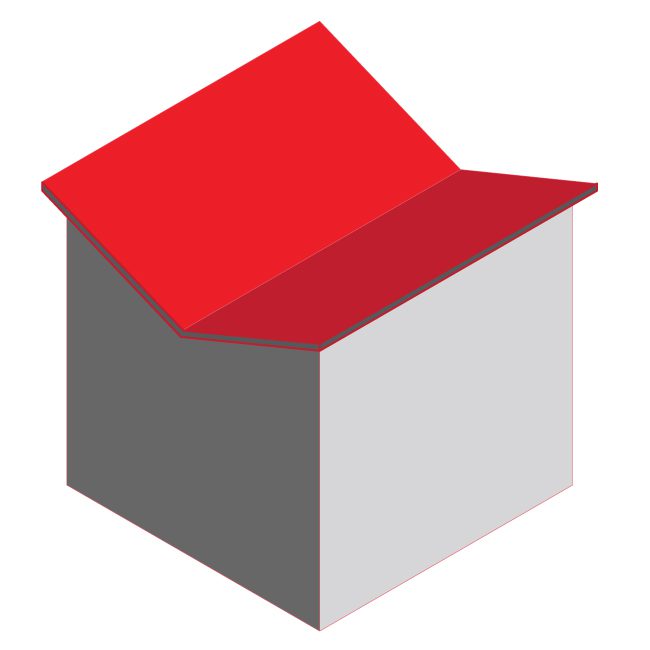 The gambrel roof is most commonly seen in barns, farmhouses, and log cabins. It can also be used in traditional homes such as Georgian and Dutch Colonial styles. This 4-sided roof has 2 bottom sides steeper than the top 2 sides extending from the peak. This design provides more storage, in a loft or attic. The roof’s drawback is that it cannot withstand heavy wind or snowfall. 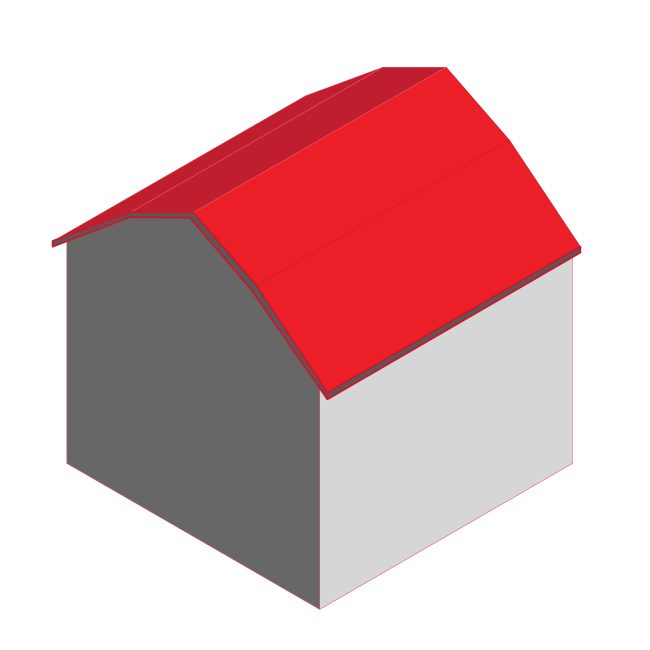 A standard hip roof has four slopes of equal length that meet to create a simple ridge. It’s among the popular types of roof styles because the design makes it more durable and structurally stable. Hip roofs function better in snow and high winds because the slanting slopes allow snow to slide off easily. However, hip roofs don’t have any ventilation, and constructing them can be slightly more challenging. Variations of hip roofs include:

Cross-hipped roofs are among the most popular variations of the traditional hip roof design. They feature perpendicular hip sections that intersect to produce an ‘L’ or ‘T’ shape in the roof hip. The seam creates the cross-hipped roof, while the two sections meet at the end, forming a valley. These roofs can stand up to rain, snow, or windy conditions well. 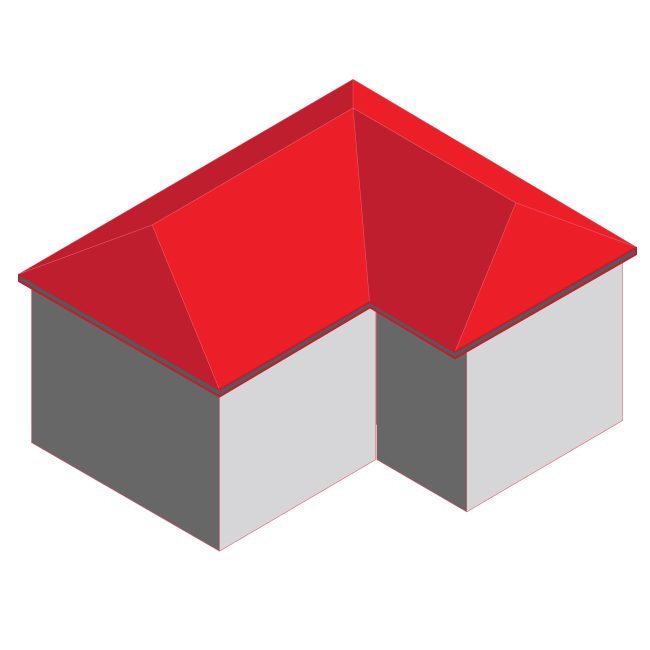 In this variation of the hip roof, all four triangular sides converge at one point to produce a pyramid shape. These types of roof styles don’t have a typical center ridge line. Pyramid hip roofs are most suitable for smaller structures like a garage, pool house, cabin, or bungalow. 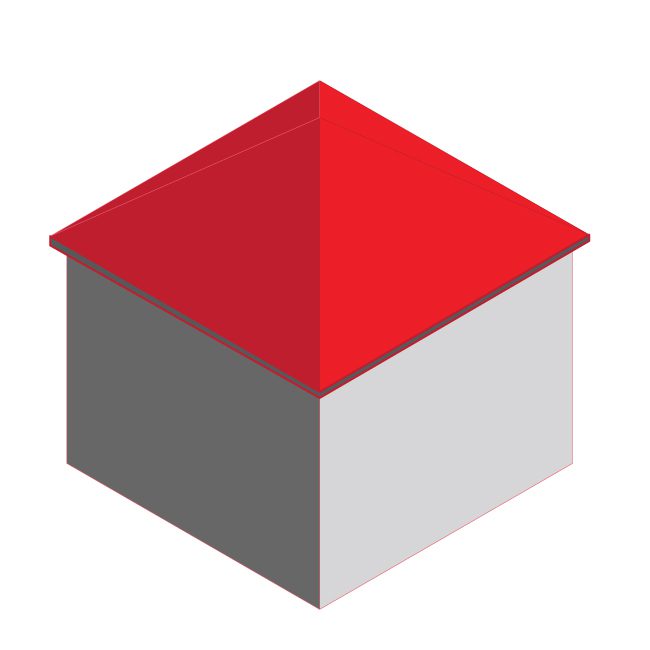 In a half-hipped roof, two sides of the roof are shortened to produce eaves on either side of the house. These roofs offer more options to extend the loft and install windows, increasing the room’s natural light. 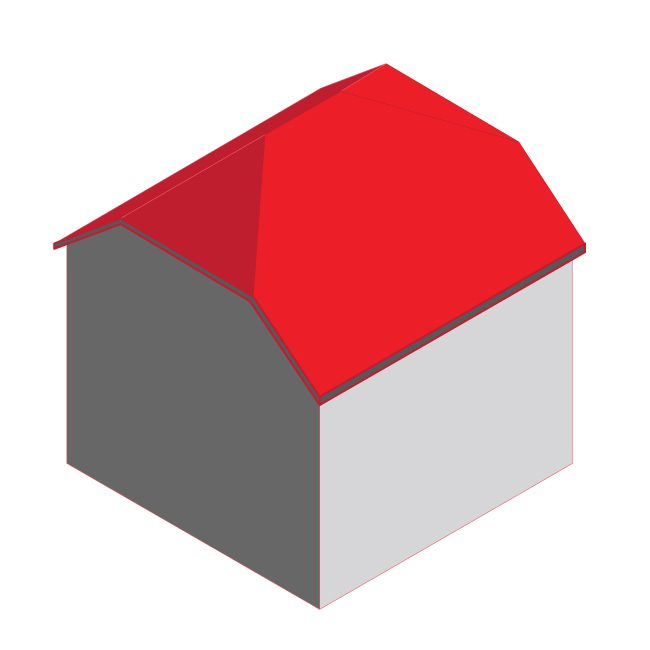 The hip and valley roof design has four sloping surfaces, two of which join on a common ridge, and the other two on either end of the central ridge. Its design is similar to the trapezoid structure found in gable roofs but with two triangular hip ends added. Hip and valley types of roof styles are more common in colonial structures and pre-20th century houses but have been used in some modern designs as well. 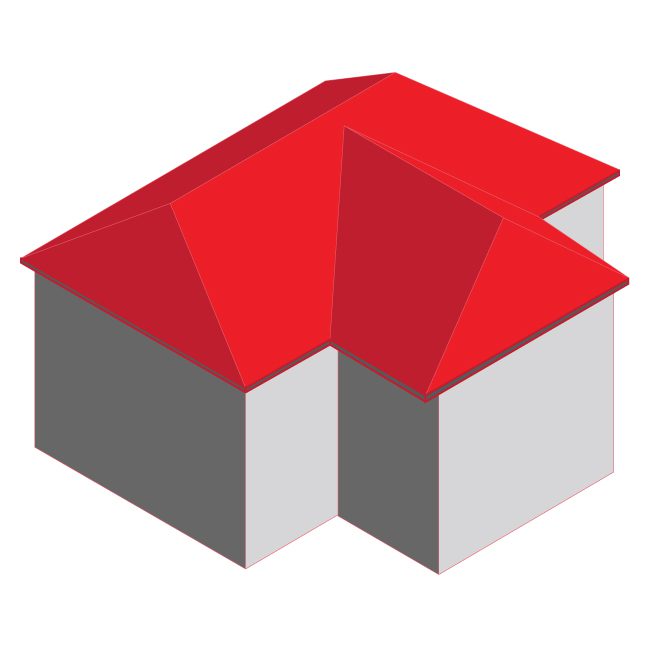 Typically, curved roofs are used to create visual interest more than add functionality. Curved roofs may create an arch with a low slope or a more rounded peak to add visual interest and beautiful architectural elements to a building. 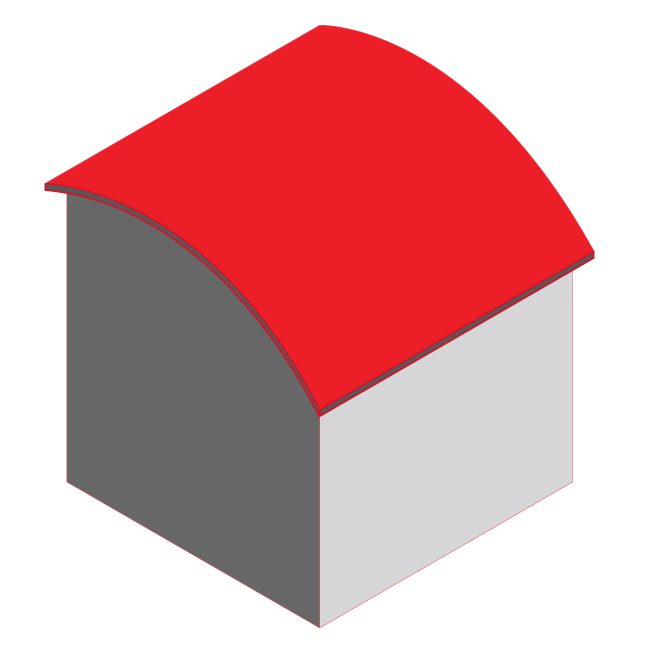 This is a four-sided French roof design with two different slopes that create a cap effect; one steep lower slope and one shallow upper slope. Depending on the building’s architectural style, the sides can either be flat or curved. Mansard roofs are a great choice for buildings that want to maximize their upper floor room. These roofs look especially appealing with dormers and unique roofing materials such as zinc or copper metals. 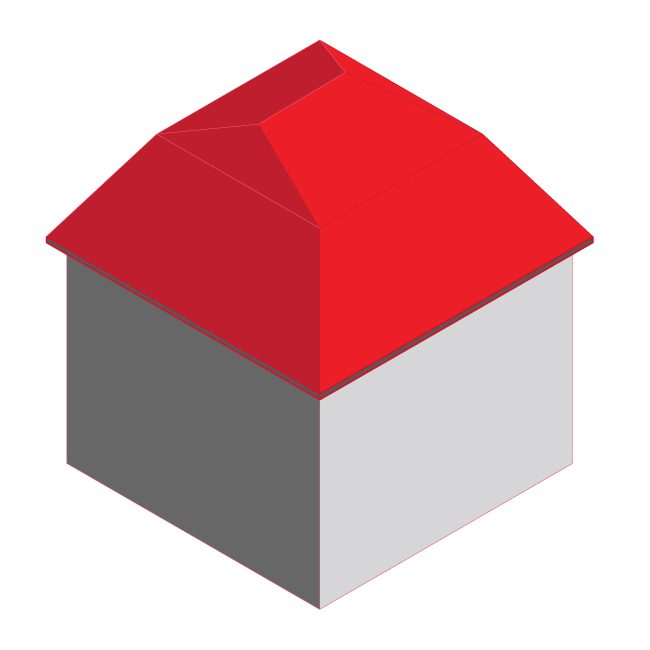 Shed roofs are simple flat roofs with a slope that resembles a “lean-to” design.  They are common among contemporary homes because they provide a sophisticated and simple roofline. Depending on the home’s slope and design, shed roofs allow for more headroom, an upper floor, unique window placement opportunities, or vaulted ceilings. This type of roof style can also be found on simple structures such as animal sheds, storage barns, and outhouses. 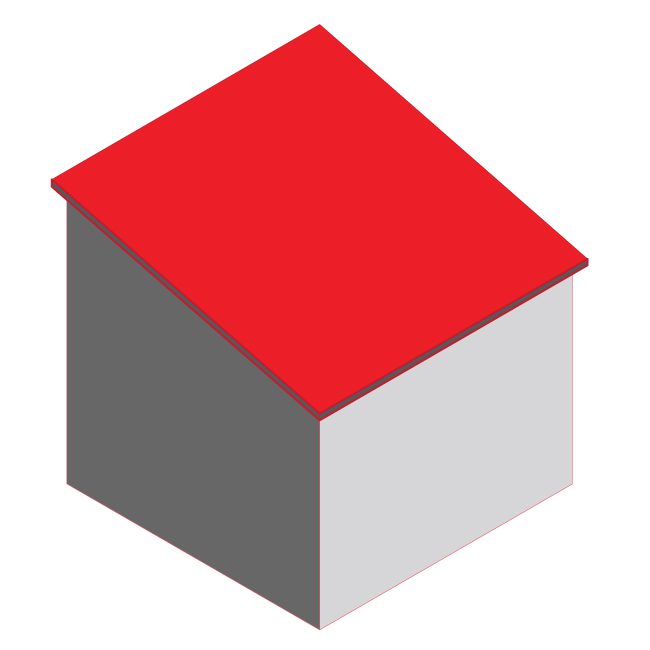 A flat roof is one with a 3-in-12 slope or less to encourage water drainage and prevent water from collecting on the top. The roof’s simplicity and practicality make it common on industrial and commercial buildings like offices and warehouses, but it also works well on modern and mid-century-style homes that desire a striking design. Flat roofs are particularly vulnerable to leaks, so they need thorough waterproofing and use specific flat roofing materials. 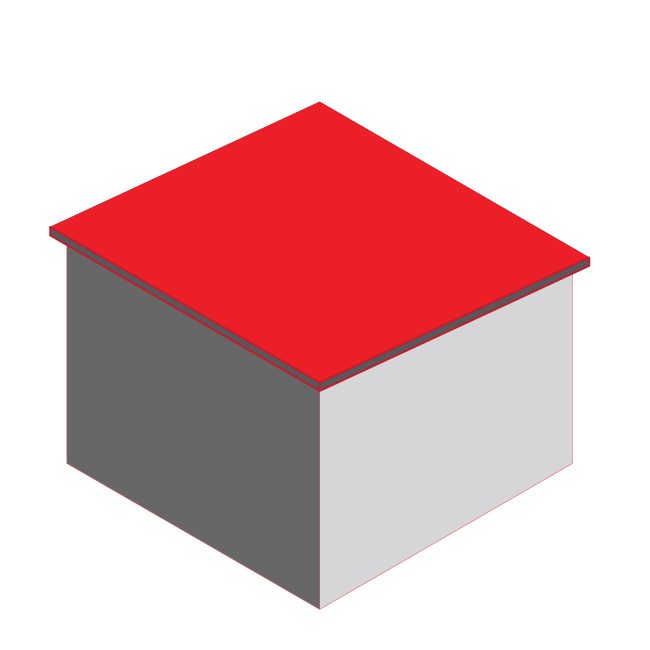 The A-Frame roof is a simple roof design. Typically, these roofs begin at or near the foundation and join together at the top, resembling the letter “A.” It’s an inexpensive roof style because the roof serves as both the roof and two of the four exterior walls of the home. The ceiling may be open to the top rafters. 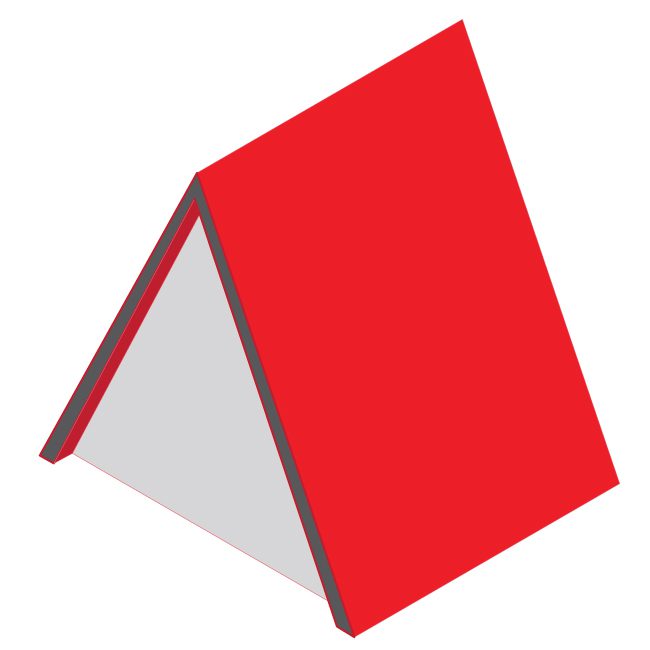 Dome roofs are complex and more expensive than other designs, but also extremely durable. The inverted bowl shape is ideal for specific home features such as gazebos or cupolas. They can also be used as a building’s main roof, such as in historical buildings like St. Paul’s Cathedral in London. Dome roofs add a beautiful aesthetic to buildings and are commonly constructed from materials like metals, shingles, and glass. 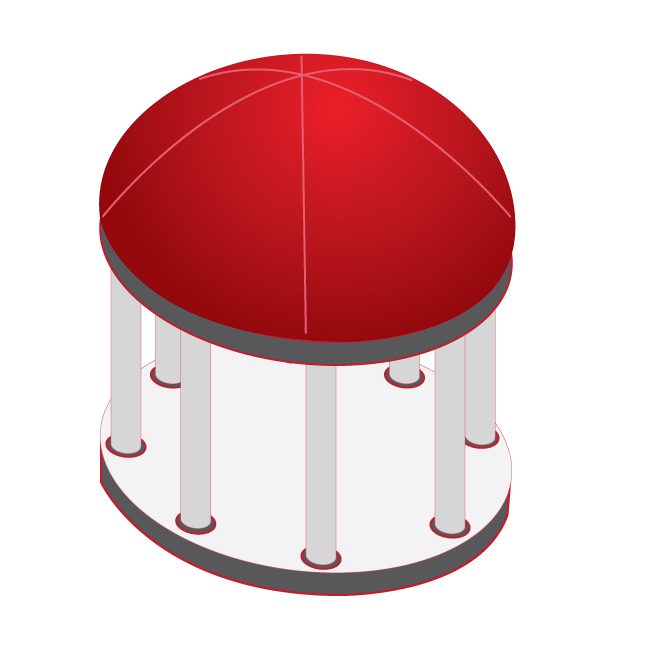 Jerkinhead roofs are also known as snub gables or clipped gables. They are a gable roof with the two peak ends flattened and clipped off making the roof more stable and providing more headroom. Their complicated design makes them costlier than standard hip or gable roofs. 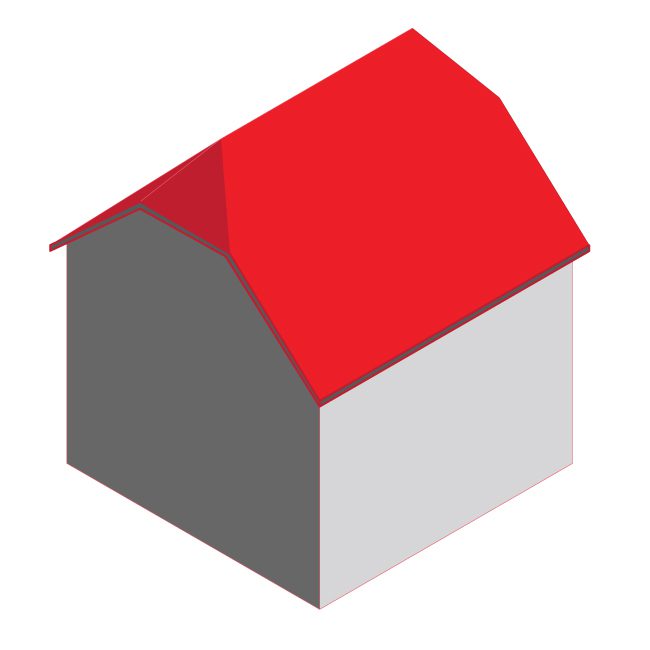 In M-shaped roofs, two sloping sides meet at the center to form an “M” shape. It’s a double-pitched roof design in which the roof rests on two bearing walls. These roofs have a central gutter system between the two pitches, which prevents snow and water build-up. 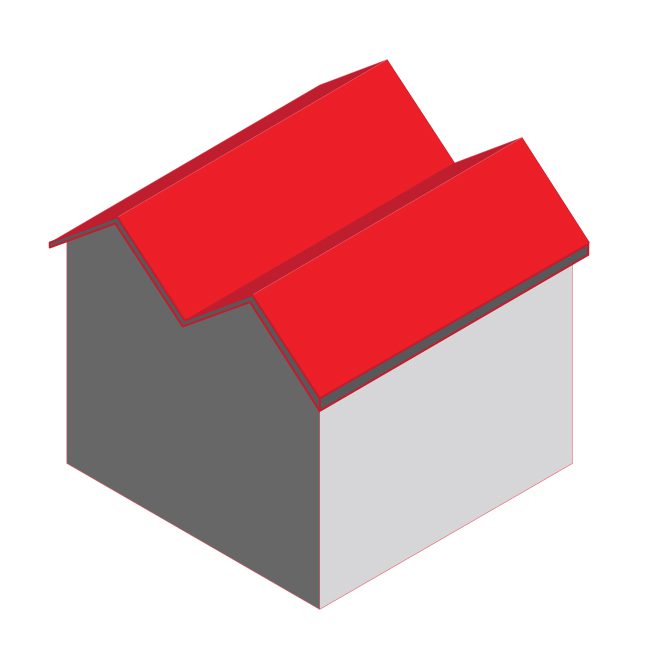 Clerestory roofs have two sloping sides joined by a short, vertical interior wall built extending above one section of the roof. Usually, the vertical wall section has one long continuous window or is lined up with several, even horizontal windows. The roof sections on either side of the vertical wall allow plenty of natural light into the windows. This style of roof is often found in ranch-style, craftsman, and other similar-looking home designs. 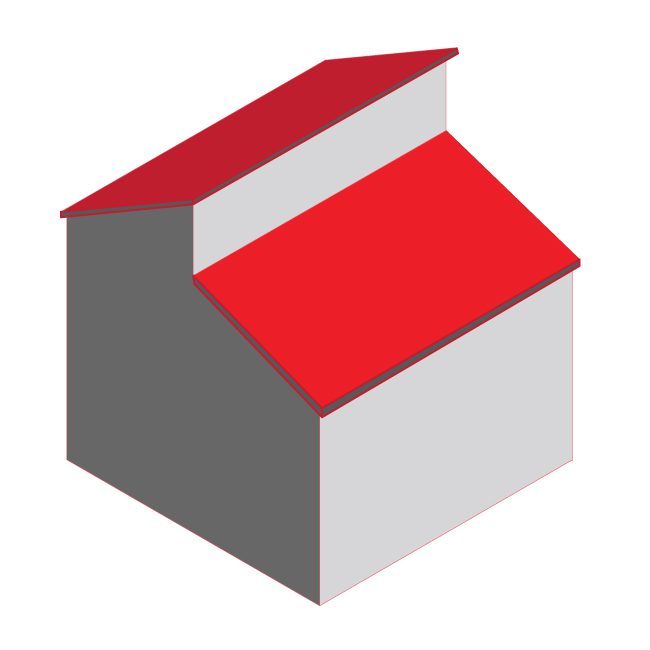 Next time you drive through the neighborhood, you may see unique elements of roofing design and different types of roof styles you never noticed before. Most roofing materials can be customized to match any roof shape and design you have.

Abrams Roofing & Sheet Metal has been serving the Louisville area since 1959. We strive for top quality customer service, using only the best materials to complete your roofing project. Our experienced craftsmen and our work ethic set us apart. We complete projects on time, every time, for both the residential and commercial communities of Louisville, KY. 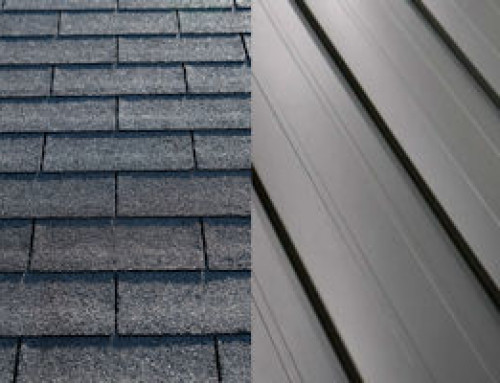 Metal Roof vs Asphalt Shingles: Which is the Better Roof? 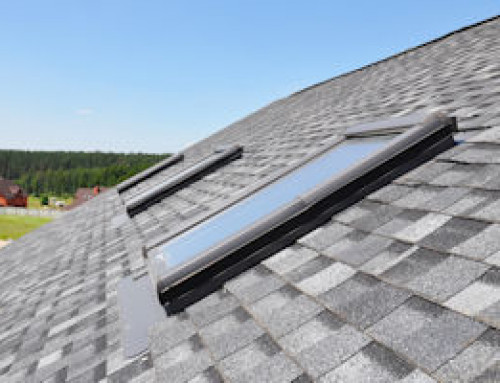 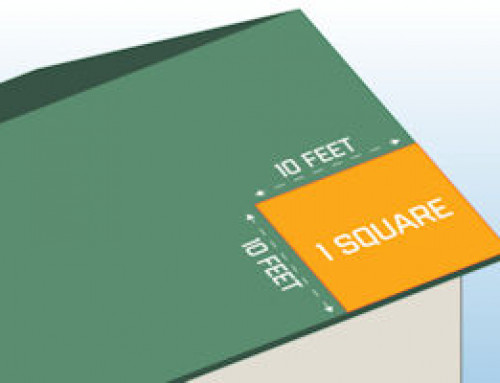 How Much Does a New Roof Cost?